Stories about my efforts. 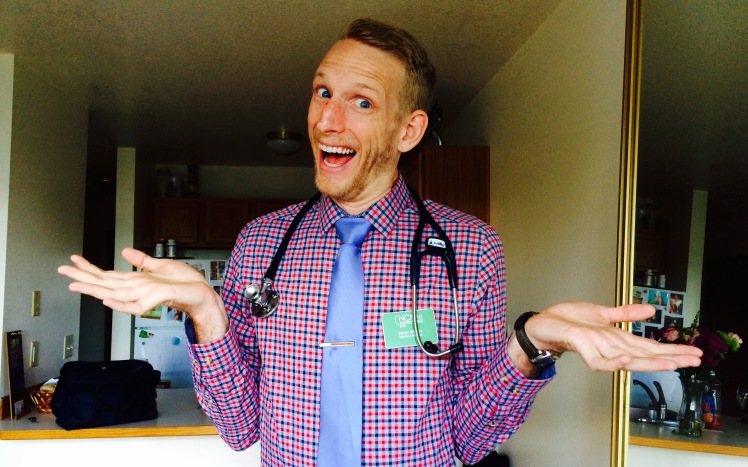 During my first week of medical school at NCNM, I met up with a veteran student to get some advice and ask about his experiences at the school.  He kept mentioning the word “burnout” like it was a disease or something.  Some virus that students inadvertently and unavoidably give to each other.  A rite of passage almost.  Like the chicken pox of medical school.  I sort of knew what he meant, but I also knew that I’d never burn out.  Never.  It wouldn’t happen.

We talked about my martial arts training.  He told me that there would be periods, lasting a week or even longer, where I wouldn’t be able to workout or I’d catch the burnout.  I told him my plans and goals.  He raised his eyebrows, “That all sounds great, but you just have to be careful…”  The burnout.  He even told me that there would be times when I would simply have to skip class.  “Sometimes you’ll just need to stay home, or…” The burnout.

I turned into a stubborn, 13 year old boy.  No!  I will not burn out.  I am too excited.  I have too much energy.  I am too filled with hopes and dreams and aspirations.  Nothing will stop me and nothing will slow me down.

Well.  I recently finished my second year (out of four) at NCNM.  I’ve been sick, I broke my hand, suffered through two concussions, been too tired to think, I’ve cried, fallen apart, thought I was going to fail, wanted to stay in bed forever, answered test questions with words that I swear I’ve never seen before and I’ve generally been beaten down in ways that I never even could have guessed.

In spite of all of that, every single day, I got up, I groomed myself, I made my hair all fancy, tucked in my shirt and went to class.  I have not missed a single lecture and I never stopped training martial arts.  I somehow dragged myself to every class and forced myself to workout almost every day.  I refused to admit that it was ever too much.

And today, here I am, 2 weeks away from my first round of board exams and 3 weeks away from my next Muay Thai fight.  As I’m sitting here at my computer, desperately attempting to study while my aching muscles dread tonight’s training session, I have one thought repeating in my head:  I’m so freaking burnt out.

And I love it.  I live for this feeling.  I won’t quit.  I won’t slow down.  It’s not too much for me to handle.  This is my opportunity to achieve even more than I originally thought I could.  This is when I raise the bar for myself.  It’s super exciting (and a bit painful, I’ll admit).

Thinking about the board exams and my next fight is terrifying and completely overwhelming.  If I focused on that, I would fall apart and melt into a puddle of tears.  I try to avoid spending too much time thinking about it.

But what I can do is give it my best effort today.  I’ll study as much as possible and I’ll train as hard as I can today.  And I’ll do the same thing tomorrow and every day after until I’ve passed my boards and won my fight.  Then I’ll probably take a bunch of naps and eat some desserts before starting all over and doing it again.

5 thoughts on “Hi, I’m James and I suffer from burnout.”

Follow James is Trying on WordPress.com
Join 1,628 other subscribers